Lisa Appignanesi, Stephen Frosh, Eva Hoffman and John Launer discuss how sex became a scandal, not only in the so-called “dangerous method”, psychoanalysis, but also beyond the consulting room. Early 20th century Europe was a cauldron of fertile ideas, Victorian repression, antisemitism and illicit liaisons. John Launer’s Sex versus Survival: the Life and Ideas of Sabina Spielrein recounts how sex and Jewishness (and Jewish sex) became a battleground between Freud and Jung. Cultural commentator Rachel Lasserson will do her best to keep this conversation within acceptable limits.

Lisa Appignanesi has been a university lecturer in European Studies and was Deputy Director of London’s Institute of Contemporary Arts. Her works of non-fiction include Freud’s Women (with John Forrester), a biographical portrait of Simone de Beauvoir, and a history of cabaret. She has edited The Rushdie File and a number of books on contemporary culture, as well as producing various films for television. Lisa Appignanesi lives in London with her two children. 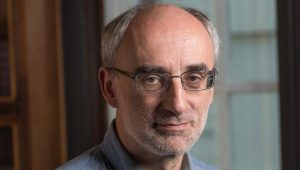 Stephen Frosh is a Professor at Birkbeck, University of London. He is the author of many books on psychosocial studies and on psychoanalysis, most recently Those Who Come After: Postmemory, Acknowledgement and Forgiveness. 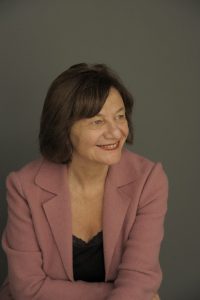 Eva Hoffman grew up in Cracow, Poland and studied music at the Cracow Music Conservatory before emigrating in her teens to Canada and the United States, and eventually settling in Great Britain. After receiving her Ph. D. in literature from Harvard University, she worked as senior editor and cultural critic at The New York Times, and has taught at various British and American universities. Her books, which have been widely translated, include Lost in Translation, Exit Into History, After Such Knowledge and Time, as well as two novels, The Secret and Illuminations (published as Appassionata in the US). She has written and presented numerous programmes for BBC Radio and conceived a series of programmes at the South Bank on Writing and Music. Her awards include the Guggenheim Fellowship, Whiting Award for Writing, an award from the American Academy of Arts and Letters and Prix Italia for Radio, for work combining text and music. She is a Fellow of the Royal Society of Literature, and is currently a Visiting Professor at the European Institute at UCL. She lives in London.

John Launer is a doctor, family therapist, educator and award-winning writer. He is an honorary lifetime consultant at the Tavistock Clinic, and an honorary senior lecturer at Queen Mary, University of London.

Rachel Lasserson founded the Anglo-Brazilian Shakespeare Forum, directed plays and taught physical theatre in England and Brazil. From 2007 to 2013 she was editor of The Jewish Quarterly.